The transmission of the new coronavirus can occur (rarely) also from asymptomatic patients, even if one of the studies that has shown it has been retracted. Here because

Further confirmed what the world of science feared, namely that the transmission of the new coronavirus , the 2019 -nCov, could also occur from infected people, but still without symptoms . Making the control of the epidemic even more difficult. Yet a study in which this was shown, published on 30 last January in the magazine New England Journal of Medicine ( Nejm ), was wrong . To report it now is the Robert Koch Institute , the organization responsible for the control and prevention of infectious diseases with based in Berlin, in a letter sent directly to the magazine Nejm .

As told Science , in the study just questioned the story of the first four contagion cases confirmed in Germany . The focus was on a Shanghai woman who visited a company near Monaco on 20 and on 21 last January and which had entered contact with the first of the four people, then infected. But at the moment, according to researchers, the woman did not seem sick. “During his stay, he was fine and had no symptoms of infection” , reads in the study. “She fell ill on the return flight to China, where she then tested positive for 2019 – nCoV on 26 last January “. The fact that asymptomatic people are potential sources of infection 2019 – nCoV, the researchers specify, can justify a re-evaluation of the transmission dynamics of the current epidemic.

Too bad that the claims of the study have no scientific basis certain. In fact, the researchers never ever talked with the Shanghai woman before their study was published. It goes without saying, therefore, that the information on which the research was based came exclusively from four other infected patients . “We were told that the Chinese patient did not seem to have any symptoms”, confirmed the co -author Michael Hoelscher of the Ludwig Maximilian University of Munich Medical Center. Yet, in the days following the Koch Institute and the Bavarian Health and Food Safety Authority contacted the Shanghai patient by phone, instead finding that since she was in Germany she had symptoms such as tiredness , muscle pain and took paracetamol, a drug known to lower fever .

A Bavarian Health and Food Safety Authority spokesman confirmed that a letter has been sent to the magazine and is now waiting to be reviewed, while Koch has advised the Organization. World Health Championships. “I'm sorry for how it went, but I don't think anyone has a fault” , replied the co-author of the study, Christian Drosten , a virologist from the Charité University Hospital in Berlin. “Clearly the woman could not be reached at the beginning and we felt that this had to be communicated very quickly”.

However, in the midst of a 'global emergency as what we are experiencing the error of the study could in part be justified. “ This was a wrong choice “, he explains Marc Lipsitch , Harvard TH epidemiologist Chan School of Public Health. “However, in an emergency context it is often not possible to speak with all people. I therefore think it is a decision dictated by the urgency of finding an answer as quickly as possible, rather than negligence “. Although, for some experts, talking about an asymptomatic case was a serious mistake. “Even if the patient's symptoms were not specific, one cannot speak of an asymptomatic infection” , says Isaac Bogoch , of the University of Toronto. “Asymptomatic means no symptoms. It means that you are well. We must be careful with our words. “

The fact that this study proved wrong does not mean, however, that the transmission of the coronavirus by asymptomatic people cannot happen. As we have told you, in fact, the WHO reported that the main driver of the infection is certainly that of people with symptoms. But as a note from the Higher Institute of Health (ISS) points out, also the transmission of coronavirus from infected patients but still asymptomatic it is possible, even if very rare and therefore it is not one of the main engines of the infection. 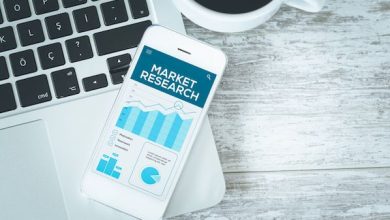