Last September Cyclone Dorian devastated the Caribbean archipelago, so the showgirl and her husband Brian Perri welcomed a mother with two children to their Los Angeles villa. Now returning home: “We will carry memories forever in our hearts”

Like an extended family. Elisabetta Canalis and Brian Perri, together with their daughter Skyler Eva , hosted for eight months a woman and two children from the Bahamas , who in the past few hours have made return home. It all started last September, when Hurricane Dorian brought the Caribbean archipelago to its knees and the showgirl opened the doors of her villa in West Hollywood to a mom with two sons.

«Good luck to Luce, Luciano and Gaby , my Bahamas family », writes Elizabeth posting a series of taking photos between giant cakes and dips in the pool « We love you more than we could ever have imagine and we miss you already . Today we are heartbroken and we can't wait to meet you again . God will always be at your side Luce “, concludes the ex Velina,” we will keep in our hearts every single memory together”.

As early as October, Elizabeth had explained how was strongly linked to the islands of Abaco , the area most affected by terrible cyclone : «My husband and I have a house Baker's Bay, we know those places well. So I tried to track down anyone who knew someone who could be remained there during the tragedy. I managed to talk to Luce, a girl who has two beautiful children, she said to me who had lost everything “.

Basically, Luce and her two children had been transferred to a dormitory : they rested on the benches, with the water reaching their ankles . «A natural cataclysm of similar proportions, capable of erasing an entire community in three days, had never been seen in the Bahamas, “wrote Elizabeth at the time, witnessing with a video the arrival of the Caribbean family. «They remained for days isolated, refugees in the rubble “.

Hurricane Dorian, in fact, knocked out the electricity and water network, wiped out schools and most of the homes , then supermarkets, offices and the small port have been destroyed. Today, after eight months in Los Angeles, Luce, Luciano and Gaby return home to begin a new chapter of life . With beautiful memories printed in the head together with Elizabeth, Brian and Skyler. Like an extended family .

Elisabetta Canalis: «No, I don't miss anything»

Elisabetta Canalis: «Close to my father in the most important moment» 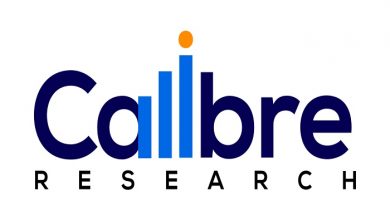