There are many famous ones who will become mothers in the coming weeks. Here are all the most beautiful photos of the waiting VIPs who shared their joy with the followers on Instagram

There are those who have kept the secret until the last few months, and those who have shared everything from the beginning, it is certain that for many celebs the summer 2020 is a waiting season, in fact many famous ones are about to become mothers. In the spotlight, in recent weeks, certainly Giorgia Palmas and Filippo Magnini, that after having announced the arrival of the first child together (she is already Sofia's mother, 10 years, having from the ex Davide Bombardini) they also revealed the sex, it will be a girl. The big day is still a little bit away, and before you know it, the days are at the beach in Sardinia.

Maschietto, instead, for Gaia Lucariello , wife of Simone Inzaghi. In the eighth month, he is on holiday in Sabaudia with his eldest son Lorenzo: «We we already love you so much “, he wrote in support of one of the last shots together with his son, while Simone's most famous ex, Alessia Marcuzzi (the two they had a son, Tommaso) under another photo he comments: «The beauty» . As is well known, theirs is a family that is happily extended and full of harmony. It will soon be mom for the first time, however, Ludovica Caramis, that in 2014 married the footballer Mattia Destro with a ceremony at the time very popular with fans. Male or female? Top scret, at least so far.

Same privacy for two other famous ones, Margareth Madè and Eva Riccobono , who announced that they were pregnant during the lockdown. For the actress and her husband Giuseppe Zeno will be the second son, after Angelica, 2 years. The birth is expected in just over a month. Even the model and Matteo Ceccherini are already parents of a boy, Leo, 6 years old.

Even abroad there is no shortage of pancioni. From that of Katy Perry, waiting for a female from Orlando Bloom , to that of Lea Michele, up to Hilaria Baldwin , who is waiting for his fifth child eight years after his wedding with Alec. For all, days full of emotion are about to arrive.

Giorgia Palmas and Filippo Magnini, “paradise” is an embrace overlooking the sea

Margareth Madè is pregnant: she will be the second child with Giuseppe Zeno

Benetton, the colors of a new spring-summer 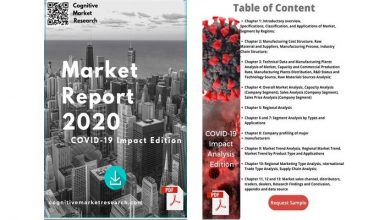