After a work published in Lancet, the WHO had decided to stop hydroxychloroquine in the treatments against coronavirus. But some scientists are not there: the study, they write in a letter to the editor of the magazine, shows several critical issues

The hydroxychloroquine , the drug used to treat disease autoimmune and tested against the new coronavirus , continues to be talked about. And at the center of the debate are its potential effects: more and more studies, in fact, have shown that the antimalarial drug chloroquine and its analogue hydroxychloroquine offer no benefit for patients Covid – 19 , but may actually increase mortality. So much so that recently the World Health Organization (WHO) has decided to temporarily stop treatment with the hydroxychloroquine against coronavirus in the Solidatiry study, after viewing a large study published in the Lancet , in which the authors showed how the drug was associated with a higher mortality rate due to serious cardiac complications in patients Covid – 19 to which it had been administered.

In recent days, in the same wake of the WHO, the Italian Medicines Agency (Aifa) has taken the decision to suspend the authorization for the off-label use of hydroxychloroquine and chloroquine for the treatment of Covid- 19 outside of clinical trials. In a detailed note, Aifa thus listed all the data that led to its decision. “The hydroxychloroquine , even in the absence of specific therapeutic indication for Covid – 19, was made available to load of the Ssn taking into account preliminary scientific evidence on patients Covid and in the face of a toxicity profile that appeared consolidated on the basis of authorized clinical uses for the chronic treatment of rheumatic diseases “. The AIFA's position, the agency continues, was therefore to foresee its use in the context of an accurate assessment of the risk / benefit ratio in individual cases.

“At the present time, however, new clinical evidence relating to the use of hydroxychloroquine in subjects infected with Sars-Cov-2 (although deriving from observational studies or clinical trials of not high methodological quality) indicate an increased risk for adverse reactions in the face of little or no benefit “, reads the Aifa note. For this reason, pending the acquisition of more solid evidence from clinical trials in progress in Italy and in other countries, “Aifa suspends the authorization to use hydroxychloroquine for the treatment of Sars-Cov-2 infection, outside clinical trials, both in hospital and home. It is also reiterated that the Agency has never authorized the use of hydroxychloroquine for preventive purposes. “ (We recall the prophylactic use to which it made use Trump ).

However, as the Guardian , some scientists recently questioned the results of the study published on Lancet , the same that led WHO to temporarily suspend the use of hydroxychloroquine . In fact, the over 180 researchers, including clinicians, statisticians and academics, who wrote a letter to the editor of the magazine, expressed their doubts regarding the conclusions reached by the study, highlighting their , in 10 points, the critical issues. For example, the researchers write, data from Australia is not compatible with government reports. Surgisphere , the data collection company, said that it was a classification error of a hospital in the Asia. “This indicates the need for further error checking throughout the database” , reads in the letter. Furthermore, according to another point, the average daily doses of hydroxychloroquine administered are 100 mg higher than those recommended by the FDA, but the researchers doubtful specify the 66% data comes from North American hospitals. “In the interest of transparency”, the scientists conclude, “we ask The Lancet to make available the peer review assessments that led to the acceptance of this manuscript for the publication”.

As reported Science , Lancet today acknowledged the reported problems and published an Expression of Concern stating that important scientific questions have been raised on the study data and that an independent control on the origin and validity of the data by the authors is underway not affiliated with Surgisphere , with results expected shortly. “There was too much noise on those compounds” , he explains in a Facebook post Enrico Bucci , biologist at the Temple University of Philadelphia, among the signatories of the letter to the Lancet. “This uproar must not go back to prestigious magazines such as Lancet, which must keep their guard high and not allow the ascent of bad science right on their pages. Even on Covid, despite the emergency, they must use high standards of integrity. “ 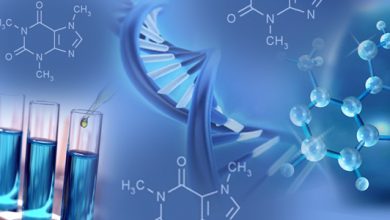 Coronavirus, where are we with vaccines